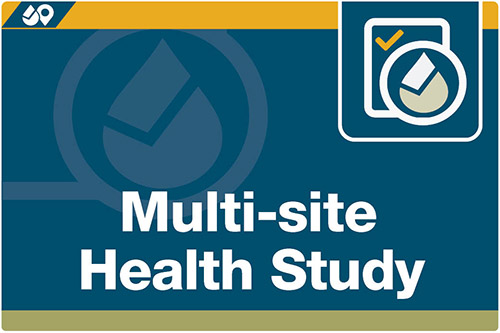 The Agency for Toxic Substances and Disease Registry (ATSDR), a part of the Centers for Disease Control and Prevention (CDC), is studying the human health effects in communities exposed to per- and poly fluoroalkyl substances (PFAS) through drinking water. PFAS are man-made chemicals that were used for decades in fire-fighting foam and in many different industries including those that made waterproofing materials. ATSDR is funding researchers from seven different sites across the U.S. to see how PFAS impacts health. The Pennsylvania site includes the Horsham, Warrington, and Warminster areas in Bucks and Montgomery Counties.

Researchers at RTI International, Pennsylvania Department of Health (PA DOH), Temple University, and Brown University received funding from ATSDR to study PFAS and its possible relationship to health among those exposed to PFAS-contaminated drinking water in these communities.

The study team plans to enroll 1,000 adults aged 18 and older and 300 children aged 4 - 17 (with parent/guardian permission) to evaluate their PFAS blood and urine levels, health measures like thyroid hormone levels and liver function, and medical history. Participants will receive individual test results with their PFAS levels which they can share with healthcare providers.

What is the goal of the study?

PFAS are human-made chemicals used since the 1950s in a variety of products, including some cosmetics; water, grease, and oil-resistant products; and some fire fighting foams.

What is known about PFAS exposure and health effects?

There is much to learn, but some studies show high levels of certain PFAS may lead to the following:

Who is eligible to participate?

Adults who are age 18 and older and children ages 4 through 17 (with parent or guardian permission) who resided in households exposed to PFAS-contaminated drinking water, either via the public water system or private wells, may be eligible. Children exposed in utero or during breastfeeding may also be eligible.

Who is not eligible?

Residents who were potentially exposed to PFAS on their job (e.g., ever worked as a firefighter or used firefighting foam and/or ever worked at facilities using PFAS chemicals) are not eligible to participate.

Will I receive compensation to participate?

What is the enrollment goal and target population?

The enrollment goal is 1,000 adults and 300 children. Recruitment will target three groups of participants: volunteers from Horsham, Warminster, and Warrington Township areas (the specific study boundaries will be announced in Fall/Winter of 2020/2021); households who experienced greater concentrations or longer exposures to PFAS (e.g., those in areas closest to the military bases); and the participants who took part in the 2018-2019 Pennsylvania PFAS biomonitoring pilot. More information about the biomonitoring project can be found under Other Studies.

What is the study timeline?

Over the next few months, the study team will meet with community members to answer questions about study planning. In the late spring/summer of 2021, eligible residents will be invited to schedule a clinical visit and complete tests for the study.

What types of tests will be performed and what will they measure?

Trained professionals from the community will:


With your consent, staff will also collect information from your medical records and your child's school records.

The study will examine associations between PFAS compounds and lipids, renal function and kidney disease, thyroid hormones and disease, liver function and disease, glycemic parameters and diabetes, and immune response and function in both children and adults. In addition, the study will investigate PFAS differences in sex hormones and sexual maturation, vaccine response, and neurobehavioral outcomes in children. In adults, additional outcomes of interest include cardiovascular disease, osteoarthritis and osteoporosis, endometriosis, and autoimmune disease.

How will results be used?

Participants' results will be used to inform public health specialists on how PFAS impacts human health. In addition, each individual participant will receive their own testing results, enabling them to learn more about their own health.

How did PFAS get into the drinking water?

Aqueous Film Forming Foams (AFFF). Large scale drinking water contamination has occurred in many states among communities near military bases where PFAS were used in firefighting exercises. These bases were routinely performing fire-fighting trainings using PFAS-containing Aqueous Film-Forming Foams (AFFF) for several decades. The use of AFFF in training exercises led to direct emissions of PFAS into surface and ground waters. Montgomery and Bucks counties in Southwestern Pennsylvania were the locations of two such large military bases.

Bucks County. The former Naval Air Warfare Center (NAWC) in Warminster Township, Bucks County, Pennsylvania, was used to research, develop, and test naval aircraft systems, and was located near four of the 18 Warminster Municipal Authority (WMA) public water supply wells. PFAS compounds were detected in the WMA system in the summer of 2013. Further study was performed by the U.S. Environmental Protection Agency (EPA), and as of September 2015, PFAS were detected in 93 out of the 100 private wells within a 1 to 3-mile radius of the military site.

Montgomery County. The Horsham Air Guard Station (HAGS) in Horsham Township, Montgomery County, Pennsylvania located a few miles away from NAWC is on a 1,200-acre site that was shared with the Naval Air Station Joint Reserve Base (NASJRB). Military operations began during the 1920s and the base is currently operated under the Pennsylvania Air National Guard. The AFFF used on the HAGS base resulted in PFAS contamination of two nearby public water systems — the Horsham Water and Sewer Authority (HWSA) and the Warrington Township Water and Sewer Department (WTWSD).

Is it OK to drink the water?

Yes, PFAS drinking water contamination in the area impacted by the former and current DOD bases has been addressed. Contaminated public water wells in the Horsham, Warrington, and Warminster public systems were taken out of service by July 2014 and bottled water and later public water hookups were provided to certain residents with contaminated private wells. A subset of additional private wells with lower levels of PFAS within 25 percent of the PFOS or PFOA PHALs are being monitored through quarterly resampling.

Will your study protocol also include questions around diet, lifestyle, and other exposures to potentially harmful chemicals like tobacco, drugs, and alcohol?

What is of more concern with respect to exposure, contact through the skin, when bathing/showering, brushing teeth, laundry and dish washing, or ingestion with cooking and drinking?

Based on current knowledge, ingestion is clearly the dominant concern. Inhalation of house dust represents an additional path of exposure, but there are uncertainties about its contribution to human exposure. Risks associated with dermal exposures, either through direct contact with PFAS-containing materials (e.g., carpets or bathing/swimming in waters contaminated with PFAS at typical levels) remain largely unknown. However, the information available suggests that environmental conditions for dermal exposure may not make this a major contributor to overall exposure.

Can massive amounts of lawn chemicals used on golf courses 50 years ago contribute to PFAS issues in groundwater/wells?

Although most mixtures of pesticides, herbicides, and insecticides used at golf courses to maintain their turf do not consist of PFAS chemicals, there is evidence that some pesticide and herbicide formulations may contain some PFAS. Thus, application of large amounts of PFAS-containing lawn care chemicals could be another potential pathway for PFAS to contaminate groundwater.

What is being done in the Warminster area to address concerns related to cancer in children and adolescents?

Finding reasons for cancer in children and adolescents is an important question and a community concern. Locally, the PA DOH found an excess of childhood cancers in males in Warminster compared with the rest of PA. Also, the average incidence of childhood cancers in the United States and Europe has increased 0.5% to 1.5% annually since the 1970s. Although some of this increase may be because of increases in maternal age during pregnancy, a large portion (45% to 82%) remains unexplained. This could be because of environmental factors such as PFAS exposure. Our team received a supplement to support activities related to the Investigator Aim led by Temple University to conduct enhanced PFAS spatial analysis to assess the association between PFAS-contaminated water exposure and select cancers using population-based incident cases and controls.

Will this study compare any past evidence obtained over time (i.e., the unused sera from the mandatory, periodic blood tests performed on active duty U.S. military service members maintained by the Department of Defense Serum Repository)?

ATSDR selected a cross-sectional study design for the multi-site health study to be comparable with other studies and to establish a baseline for potential follow-up in longitudinal studies. The cross-sectional study design involves looking at data from a population at one specific point in time; therefore, this study will not compare any past evidence obtained over time. However, the results of this research will be available to the public under CDC’s Open Access plan. Thus, future researchers with access to the Department of Defense Serum Repository could build on the results of the multi-site health study to conduct a longitudinal study using this resource.

What research on the health effects of PFAS would you recommend if we wanted to learn more?

Unfortunately, there is not a good layperson's guide to the health effect of PFAS. Below are links to some factsheets and reports that provide useful information. 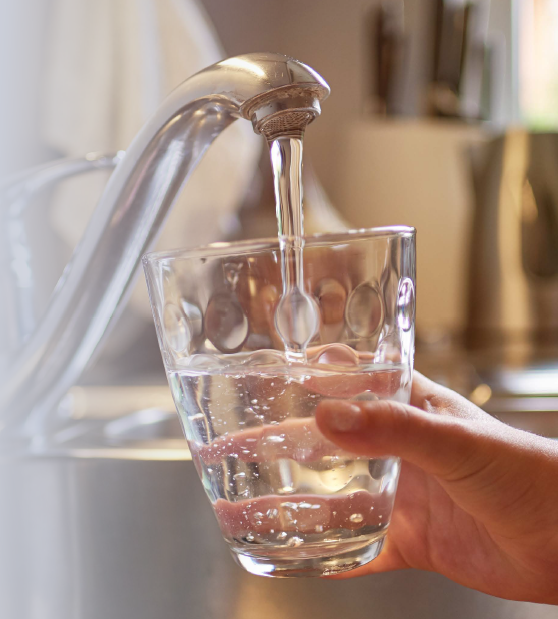 More Information About the Study 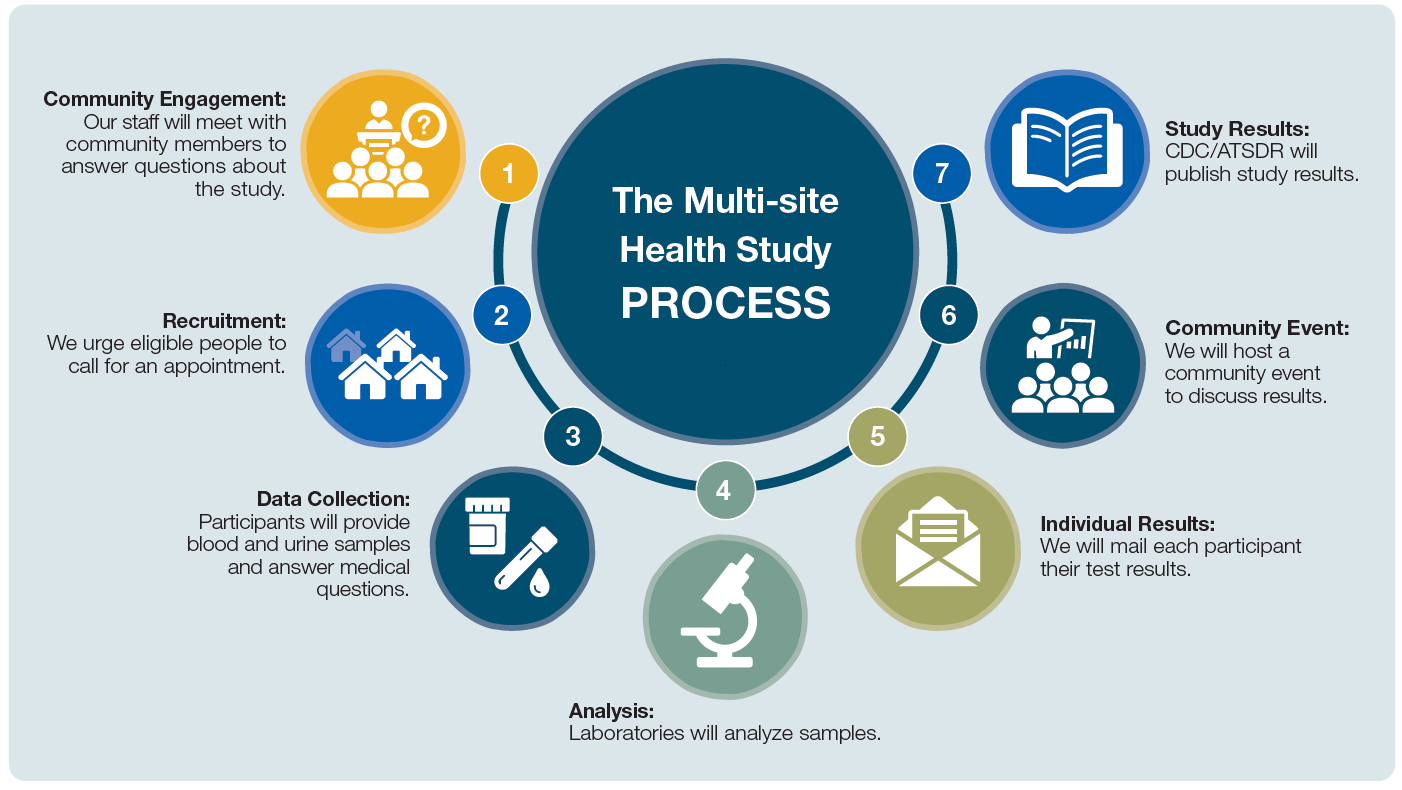 RTI and PA DOH have assembled a collaborative group of experts who have led projects and tasks of similar size and complexity, with expertise in all substantive and technical requirements of the PA PFAS Multi-site Health Study. The study team will be led by Linda Morris Brown, MPH, DrPH (RTI), and Sharon M. Watkins, PhD (PA DOH). Drs. Brown and Watkins will be supported by Co-Investigators from Temple University (Drs. Resa M. Jones and Robin Taylor Wilson) and Brown University (Dr. David Savitz). 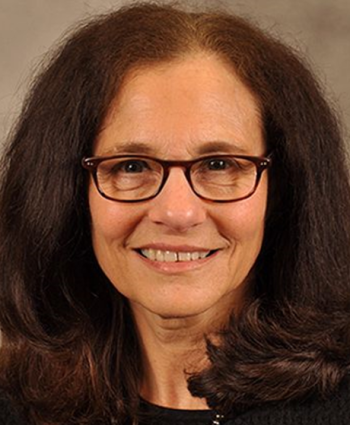 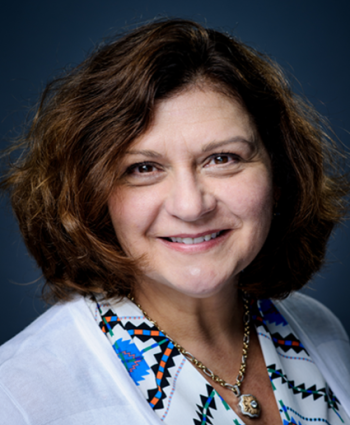 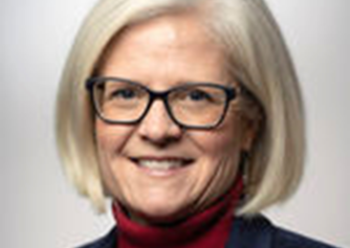 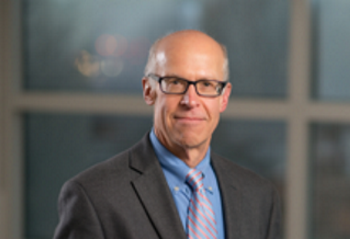 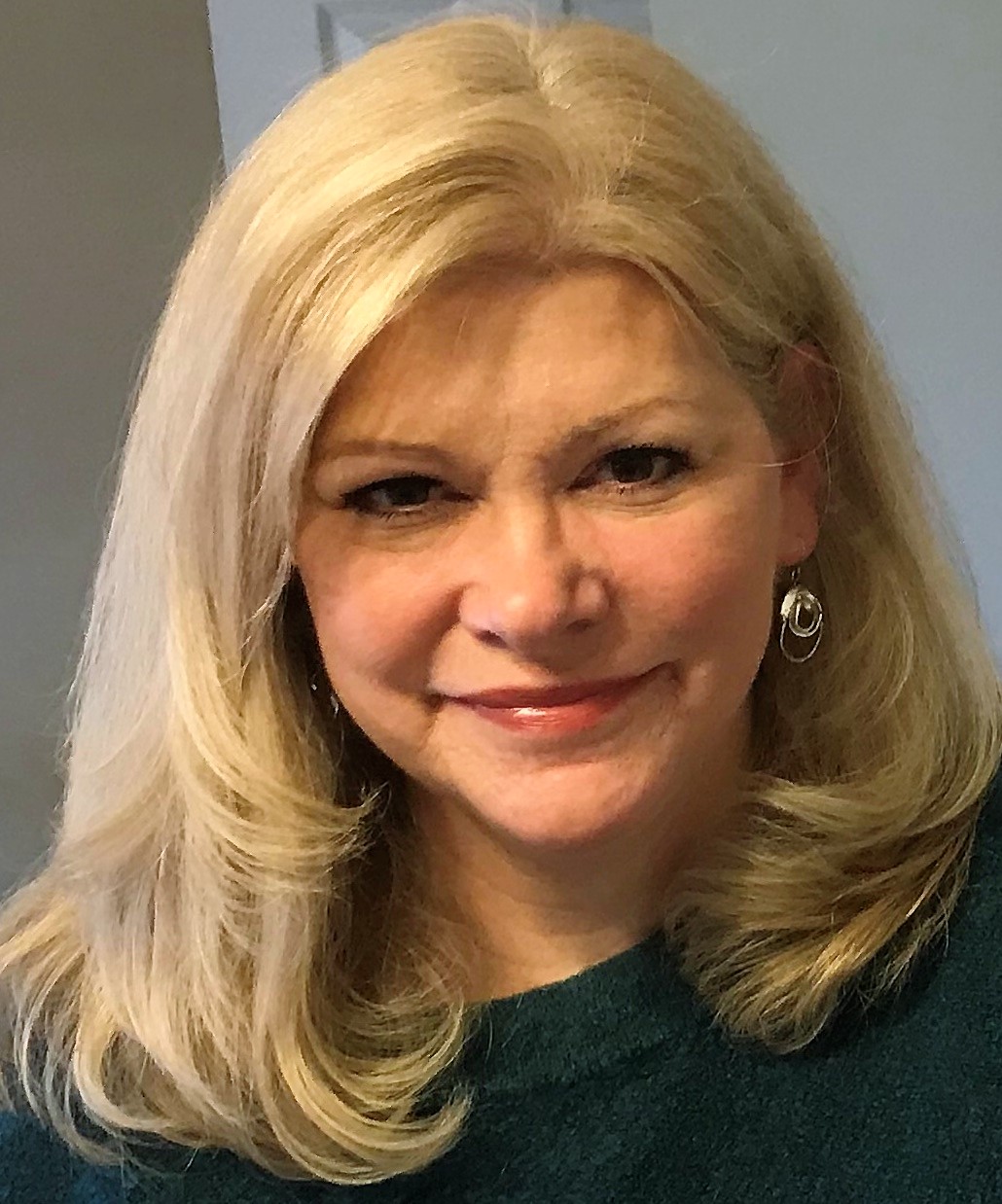 Interested in learning more about the study and helping investigators with recruitment and communication?

The next Community Assistance Panel meeting will be held
April 20th, 2021 at 10am. 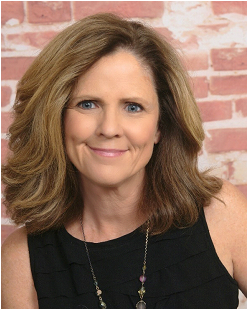 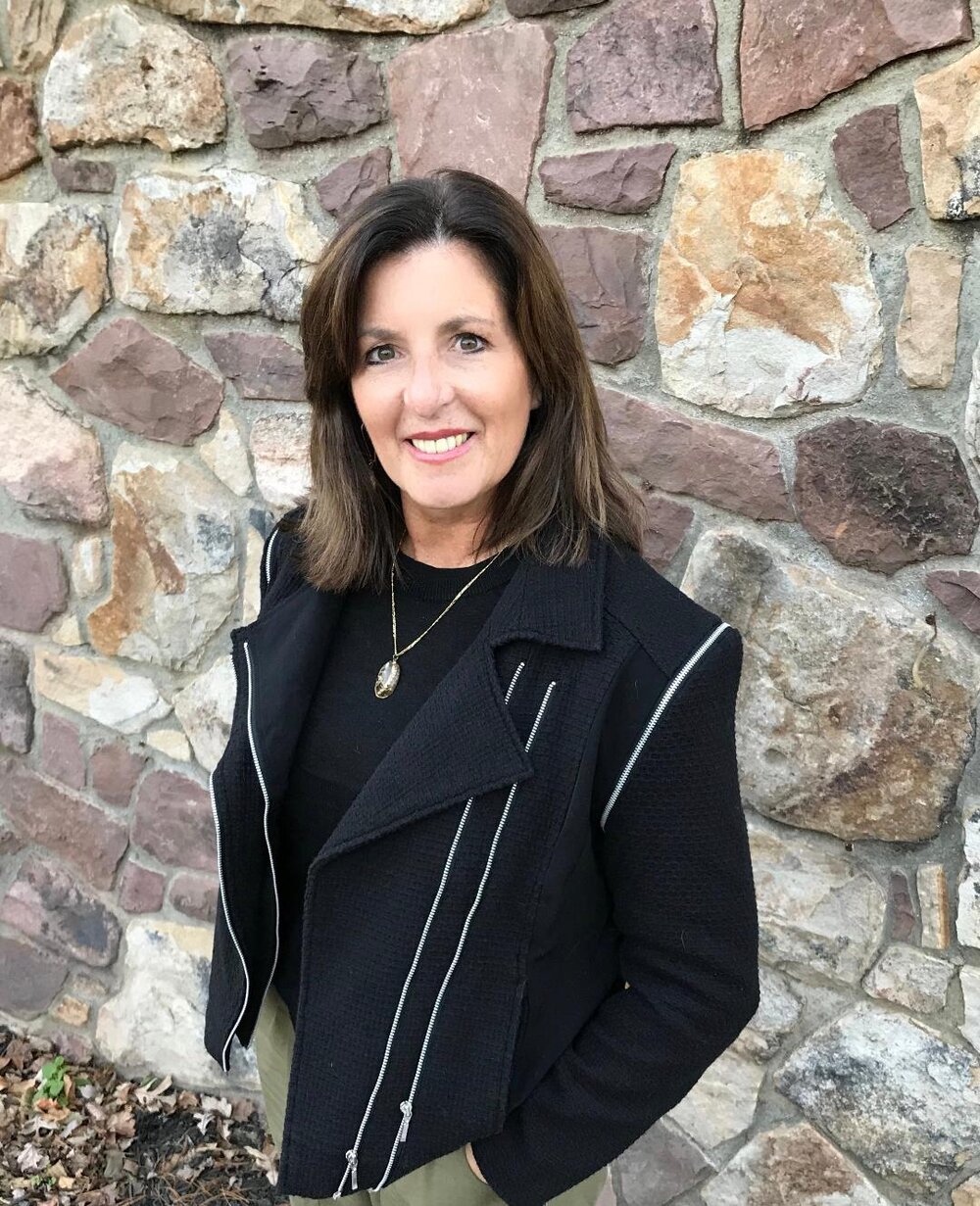 The PA DOH in 2018 measured PFAS levels in a random sample of 235 residents in the Horsham, Warrington, and Warminster communities. This was a pilot study to determine whether this region has higher than average levels of PFAS compounds in residents’ blood. The community’s average PFAS levels were compared to the U.S. general population and were found overall to be above average. In 2019, PA DOH collected dust and tap water from a random sample of households, and urine samples were collected from the original biomonitoring participants. More information on the national EA work can be found in the next column.
MORE INFO

The CDC and ATSDR are assessing the PFAS exposure in communities near current or former military installations. The exposure assessment compares PFAS levels in blood and urine from the Horsham, Warminster, and Warrington community to levels in the general population or to those reported in other studies. The CDC and ATSDR will also identify and assess environmental factors that affect exposure, like household dust and drinking water.

Cancer data review - Addendum 2
(1985-2013) - selected zip codes
Improved precision in cancer incidence rate analysis for the above nine cancers by geocoding cancer cases to confirm their geographic location and by using the water service areas as the study area.

Submit a message below to papfashealth@rti.org or call 1-866-354-1076 for general study information.